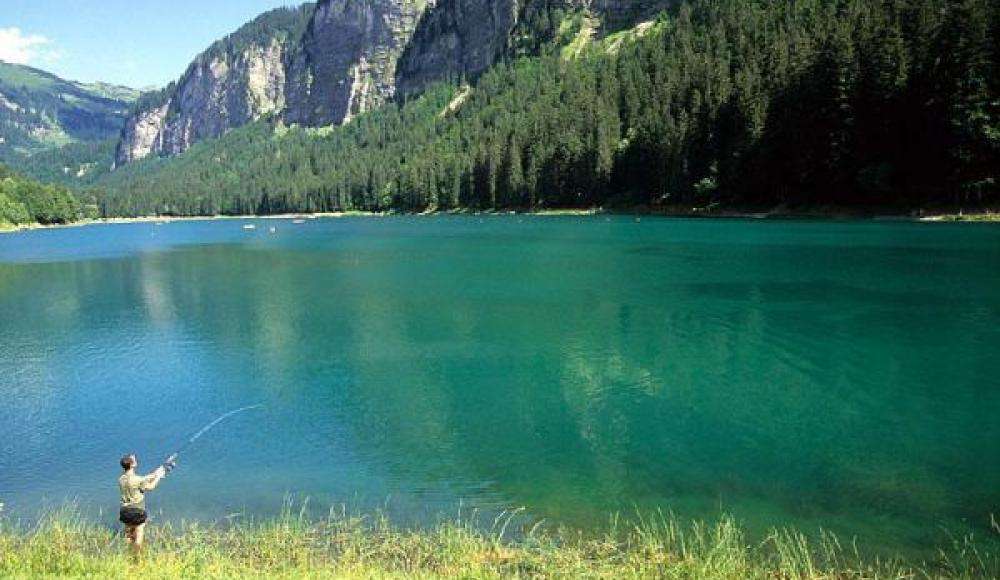 Located nearby, discover all the charm and beauty of Pays Gavot. Situated between the Alps and overlooking the Lake Geneva, the plateau offers both calm and authenticity as well as a magnificent panorama of the plain and the lake. You can also discover the typical Haut-Savoyard village of Bernex and the picturesque ski resort of Thollon-les-Mémises.

Discover more of Chablais by a few kilometers away and you will arrive at the Abondance Valley with its mountainous roads lined with authentic chalets or choose its close neighbor, the Valley of Aulps, which will lead you to the stations of Avoriaz, Portes du Soleil, all the while passing by the charming lake of Montriond or the village of Lindarets.

As soon as spring returns, the Pays du Léman reveals to hikers a multitude of trails to discover or re-discover all the splendor that the region offers during a family walk or a more sportive hike between friends for a few hours or the whole day.

Explore Évian-les-Bains in a different way by learning the history of its main buildings during a walking tour that will show you the past of the city from the Middle Ages to the belle époque.

Take the time to quench your thirst at Source Cachat at the rue piéton street and enjoy free Evian Mineral Water. In summer, you can also visit the bottling plant located in Amphion, by appointment. Take advantage of the good weather and enjoy the solar-yachts that will make you discover the city from the lake as well as the Botanical and Aquatic Gardens of Pré-Curieux.

From April 30th to September 18th, one of the last funiculars of France still in service and at your disposal free of charge, a few meters from the hotel to take you from the heights of Evian to the lake.

In addition, the Evian Thermal Spa is open all year will allow you to evacuate the stress of everyday life while enjoying the breathtaking view of Lake Geneva.

Come and discover the superb 18-hole golf course of Evian, one of the oldest and also one of the most famous in Europe.  Every year in September, the tournament hosts the 100 best international players at the Evian Championship, the only major tournament to be played on the European continent.

Created in the 1920s, the Coupe des Alpes achieved its acclaim in 1959 by becoming a major milestone in international competitions and considered the most selective event of the European Rally Championship. More than 3000km long, the epic crossed the Alps and visited several countries bordering the Alps, including France and Switzerland.

Increasingly difficult to organize, the Coupe des Alpes has a last edition in 1971 before being revived thanks to enthusiasts in 1986. The layout was modified and shortened for a legendary race now open to classic cars that made the legend of the Coupe des Alpes.

Return to posts
Book our rooms
Book our apartments